February 07, 2021
Oconee County Observations: Letter From University of Georgia Legal Clinic Cal... : ***Asks For Voluntary Change Of Policy And Procedures*** Representatives of the First Amendment Clinic in the School of Law at the Univers...
Post a Comment
Read more

January 24, 2021
Because of the boundary lines of Georgia’s vast 10th Congressional District that have made it a Republican bastion, and because the state and national Democratic parties have not made serious attempts to contest the seat, GOP Rep. Jody Hice remains safely entrenched in office and seemingly can continue to hold his title for as long as he so wishes. Whether or not he should, or should even be allowed to, are entirely different questions. In light of Congressman Hice’s continued echoing of unfounded conspiracy theories, his participation in the perpetuation of the grand myth of rampant voter fraud upon the public and his collaboration in an effort aimed at thwarting the will of the majority of American voters (one of the most blatantly anti-democratic actions by a group of elected officials in this nation’s history), the answer is a resounding “no.” Hice and others in Congress who chose service to a demagogue over service to their country and its core principles and institutions must s
Post a Comment
Location: Watkinsville, GA, USA
Read more

January 16, 2021
Oconee County Observations: Oconee County Results In Jan. 5 Runoff Show Why Ab... : ***Board Of Elections And Registration Certified Jan. 5 Results*** In voting for the Jan. 5 runoff, fewer than one in four of the 23,565 O...
Post a Comment
Read more 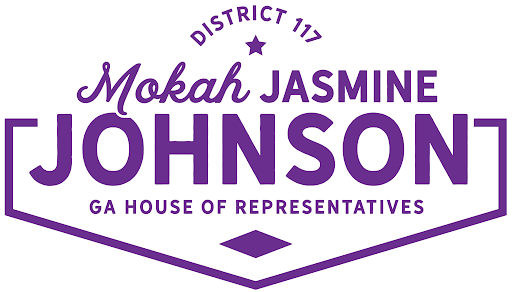 Begin forwarded message: From: Mokah < mokahforgeorgia@gmail.com > Subject: Let's talk about what happened last night... Date: October 20, 2020 at 2:12:39 PM EDT To: < danjmatt@bellsouth.net > Reply-To: < mokahforgeorgia@gmail.com > View this email in your browser Dear friends and allies: Last night, while I was attending a virtual public forum for Oconee County residents, a group of unidentified participants joined the Zoom. One of these Zoom-bombers proceeded to call me the n-word and told me to "shut up" before I even had a chance to introduce myself. It was disappointing to have this experience while trying to meet my future constituents, but I know that hate and racism are part of politics. As a Black woman, I face racism every day, but it does not stop me from working hard and fighting for those who may not always agree with me. Instances like last night will never stop me from trying to reach voters. You can watch my closing statement to the forum
Post a Comment
Read more
More posts