August 22, 2008
Very few municipalities have been as amusing or shrouded in mystery and controversy as that of Bogart, Georgia. I have not been to a meeting for quite some time as the powers that be at the Banner-Herald have decided I am not worthy of reporting freelance stories (thanks Melissa and Wayne).

Recently resigned Mayor Thomas "Tom" Peavey was always one to get up in former Mayor Jan Thurmond's face when it came to matters involving her son Bret or just about anything involving the softball facility or recreation department. I can recall Peavey going toe to toe with former residents such as Jack Hierholzer and former mayors such as Robin Hoag and city council members such as Woody Bruce over any number of personal and public topics.

We can speculate all day long on why Peavey choose to resign but he never struck me as typical leadership material. Peavey seemed to be very blue collar type in a white collar job. I wish the municipality of Bogart well and interim Mayor Terri Glen…
Post a Comment
Read more

Enough is enough - no grocery store needed next to Athens Academy 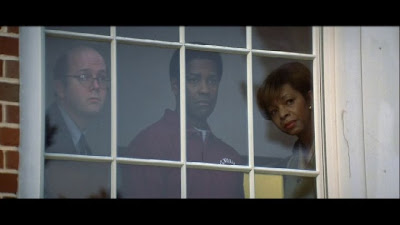 Why would we want a grocery store in the midst of the busiest traffic thoroughfare in Oconee County? This is what you get when the more narrow minded members of the Oconee County Planning Commission continues to drive our economic engine into the ground. Sure the zoning and planning may actually conform to the prospect of such a project, but for once does the neighborhood have anything to say about what stores get rammed down their throats? Bruce MacPherson, Bill Yarborough and George Rodrigues are the three members of the Planning Commission who vote with some regularity against moronic development in our community, and kudos to them for doing that. Someone trying to win an insurmountable write in campaign might consider such populist issues to propel their campaign,

For those who do not know the background, there are plans afoot to build a grocery store shopping center somewhere near LaVista Road and Highway 441 here in Oconee County. This is near both the campus of Athens Academy …
1 comment
Read more

August 20, 2008
Thanks to Lee Becker for filming this and filling us in

Dear Friends,The proposed rezone of 68 acres on the north side of SR Loop 10 on Epps
Bridge Parkway for the proposed Epps Bridge Centre was approved by the
Planning Commission last night with only Bruce MacPherson of Bishop
dissenting.Questions were asked about impervious surface, wetlands mitigation,
traffic, and amount of asphalt to be put down. Representatives of Oconee
316 Associates had a variety of answers.Commissioner Mike Maxey expressed concerns that the conditions being
recommended by the planning staff on the amount of development might be
overly restrictive and could put the developer at significant financial
risk. The planning staff is concerned because the road access to the
development--the proposed Oconee Connector extension--isn't built, or
even started. In the end, Maxey seconded the motion for approval, which
included the restriction on the amount of the development that could be
completed before the new roa…
Post a Comment
Read more

"I am shocked and dismayed with today’s news that Congressman Broun would be so careless with taxpayer money. He has regularly voted against the interests of hardworking Georgia families; voting against critical programs for needy children, benefits for veterans, and against stronger law enforcement for child pornography, all the while spending our tax dollars promoting his name,” Saxon said.

“Today I call on Paul Broun, Jr. to refund the $562,000 of hard earned taxpayer money that he spent on shameless self promotion. Congressman Broun's hypocritical position on government spending illustrates the need for true positive change in the 10th District. If elected, unlike Congressman Broun, I will provide the responsible leadersh…
Post a Comment
Read more

August 17, 2008
More insight from Lee BeckerDear Friends,The Oconee County Planning Commission tomorrow night is scheduled to
review the rezone request for a major shopping center on Epps Bridge
Parkway behind the current development. The rezone is the sole new item
on the agenda
<http://www.oconeecounty.com/Government/Planning/PlanningPDFs/PC-Agenda8-18-08.pdf>.
The meeting starts at 7 p.m. in the courthouse in Watkinsville.The development will put a lot of traffic onto Epps Bridge Parkway and
SR 316. It also will adversely affect McNutt Creek.As the Athens Banner-Herald
<http://onlineathens.com/stories/081408/news_2008081400170.shtml> has
reported, the entire project hinges on a road that is not yet built--an
extension of the Oconee Connector. The Northeast Georgia Regional
Development Center has raised concerns about the project.The Northeast Georgia Regional Development Center report is available
here <http://www.negplanning.org/dri/search>.The Oconee County planning staff repor…
Post a Comment
Read more

August 17, 2008
Once again outstanding analysis from Lee Becker:Dear Friends,I've done some precinct analyses of the July 15 election results that
suggest that incumbency played a significant role in explaining the vote
in the Board of Commissioners races and that the beer and wine issue
probably did not. Incumbency in this time of rapid development in the
county probably is a surrogate for concerns about development. My
analysis also suggests that while order on the ballot may explain some
of the votes in the Board of Education races, it clearly was not the key
factor.The August 5 BOC meeting shows that development, particularly in the
south of the county, is likely to be an issue the new board will face
when it takes office in January.Go to http://www.oconeecountyobservations.blogspot.com/ for details.I also posted an analysis earlier in the week of the coroner race. It is
at
http://oconeecountyobservations.blogspot.com/2008/08/oconee-coroner-runoff-outcome-not.htmlLee
Post a Comment
Read more
More posts